The Zealous Division is the bike that was waiting to happen! We’ve been riding 29ers since they first came on the scene around 2002, and we’re big fans of the monster-truck rolling ability of the bigger wheels – and they made a lot of sense for the type of all-round trail riding we were doing. There was a problem though – the handling wasn’t exactly as pin sharp as we were used to on our 26″ bikes. The development of equipment, especially forks, has made 29ers become way more established, but still no-one had managed to make the back end of the bikes short enough to encourage playful handling.

To accommodate those big, fast rolling wheels the frames became long which in-turn produced bikes with ponderous handling. Like a battleship. So, the solution was to shorten the chainstay allowing the wheelbase to be tightened and relocate the rider’s centre of gravity between the wheels. To achieve this we had to come up with something unique…

Firstly, the front mech had to go. A lot of 29er frames out there now have the rear tyre painfully close to the front mech and this limits how short the rear wheel can be brought forward. With the emergence of 1 x 10 drivechains (and now 1 x 11) and the popularity of singlespeed 29ers, this seemed like a logical sacrifice, considering the benefits. Secondly, we didn’t want a seattube angle that was cranked outwards or offset (resulting in a super short toptube) to accommodate the rear wheel being brought forward – this enables a ‘proper’ seating position giving a neutral pedalling action – essential if this was to become the all-day-do-it-all bike we wanted. The solution is the unique, patent pending ‘Eclipse Seattube’ which allows the rear wheel to partially pass through it, reducing the chainstay length without altering the seattube angle or toptube length. We think this is such a good idea we have filed a patent for it!

The result is a 29er frame that has sharp handling characteristics akin to those small wheel 26inch wheel bikes but with the added big wheel benefits.

There are plenty of great 29er hardtails out there that are fast in a straight line, but what we tried to achieve with the design of the Division was a frame that was good in the corners and had some genuine all-mountain characteristics in its sturdy build. The Division is not an xc whippet, but a genuine trail bike for all occasions – all day comfort coupled with all mountain fun! 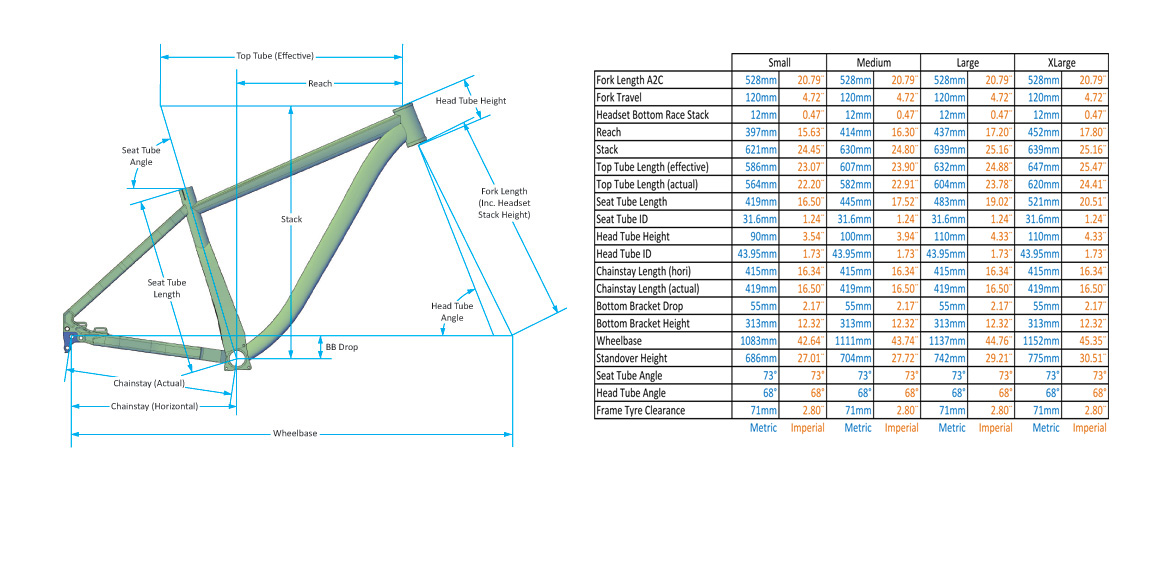